A note about Ashley.

When we talk about Ashley here, sometimes someone will say, “Who does this Ashley Morris think she is?”

It happened again this week, in a private e-mail. I already straightened my correspondent out, but just to state for the record…

This is Ashley Morris, the NN.C reader: He’s the one in the Devils jersey. The woman in the picture is Mrs. Ashley Morris, whom you don’t want to mess with, either, as she’s six feet two and currently on the Big Easy Rollergirls’ DL.

This is Ashley Morris, the actress:

(As you might expect, Our Ashley says of his namesake, “I’d hit it.”)

As to how Ashley got a girl’s name, all I can say is, haven’t any of you people seen “Gone With the Wind?” 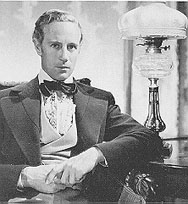 That is all. Carry on.

34 responses to “A note about Ashley.”